, /PRNewswire/ -- World Series of Poker®1 (WSOP®), a Playtika® studio and the world's no. 1 free-to-play poker app2, is finally unveiling the names of the 14 influencers who will be part of its trailblazing #RoadToTheTable campaign. 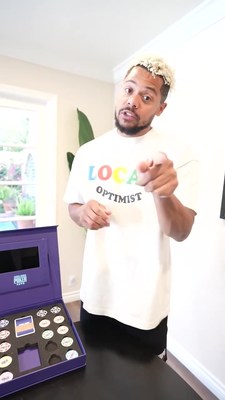 Fans have eagerly been awaiting the identities of the influencers who will be competing against each other virtually throughout 2022. Their combined 28m followers will be taken on the journey with them, leading up to a final battle of the wits where they will meet in person to see who can secure the coveted WSOP® crown.

The 14 influencers battling to becoming a WSOP® legend are:

As the world's most downloaded free-to-play poker game, the WSOP®  app is on a mission to make the game of poker accessible and enjoyable by wider demographic groups, and it has picked the competitors carefully to hit a diverse set of audiences.

All the influencers taking part in the #RoadToTheTable challenge have now been sent a mystery box, containing a built-in video message welcoming them to the tournament as well as top quality poker chips and card decks that they will be using to improve their poker skills over the coming months.

ZackTTG, who started his sports-themed YouTube channel in 2015 and has since received more than 103.8 million cumulative views, took to Instagram to show his reaction to opening the mystery box:

"I've been playing poker a lot recently, and since I'm new to the game my homies over at World Series of Poker® sent me over this kit to help me become a better player," he told his 372k followers before going on to explore the kit.

After just returning from the undisputed home of poker, , basketball content creator also revealed her participation in the competition to her followers on , telling them that anyone can play poker and inviting them to follow her on her journey to becoming a poker legend.

Commenting on the campaign, General Manager of the official WSOP® app said, "We are thrilled to finally announce the identities of the influencers taking part in our #RoadToTheTable campaign. We hope that everyone involved will enjoy playing poker as much as we do, and that the influencers' journey towards becoming legendary poker players will inspire their audiences to explore the game too, both virtually and with real-life decks and chips! Poker is a classic game loved by people around the world, and by sharing their excitement about the game the participants in #RoadToTheTable will open many people's eyes to this. We wish them all the best"!

World Series of Poker® can be downloaded for free on and Google Play.

About World Series of Poker®
WSOP® is the official free to play app of the World Series of Poker®, and the world's most downloaded free poker game. Home to millions of poker players across tablets and mobile, the game features countless exciting game modes, tournaments and special events while rewarding its best players with authentic virtual WSOP® prizes and poker-player trophies and glory.

About ®
Playtika® (NASDAQ: PLTK) is a mobile gaming entertainment and technology market leader with a portfolio of multiple game titles. Founded in 2010, Playtika® was among the first to offer free-to-play social games on social networks and, shortly after, on mobile platforms. Headquartered in , and guided by a mission to entertain the world through infinite ways to play, Playtika® has offices worldwide and employs over 4,000 employees.

[2] According to Data.ai, World Series of Poker® was the world's most popular free-to-play Poker (Casino) game by worldwide downloads from Jan - across iOS and Google Play. 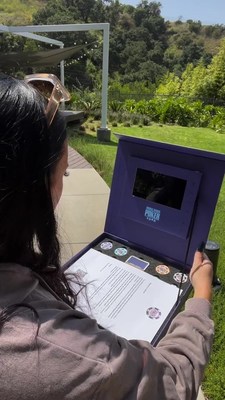